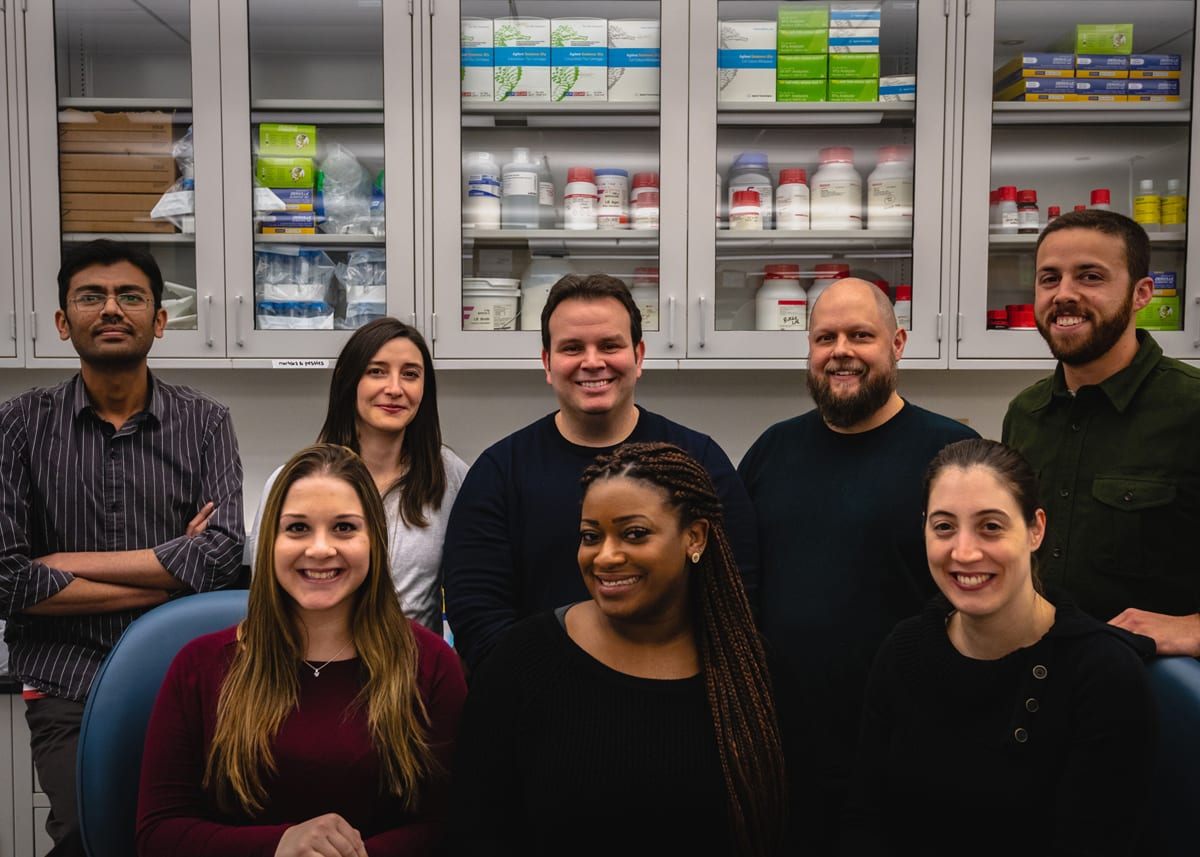 Jason Butler, Ph.D., a transplant from Weill Cornell Medical College and now an associate member of the Hackensack Meridian Health Center for Discovery and Innovation (CDI), has recently been awarded his third current R01 grant. Funded by the National Institute on Aging, the grant will be utilized to elucidate the mechanisms by which aging of the vascular system contributes to the decline of blood stem cell function. It will also be used to validate a new therapeutic target to enhance stem cell expansion, regenerate the hematopoietic system, and rejuvenate vascular function in aged individuals, in hopes of improving the elderly’s ability to tolerate chemotherapy and radiation.

Aging takes a toll on the blood system’s ability to produce cells vital to recovery after chemotherapy and other therapeutics utilized as treatments for cancer. While those treatments are often crucial to a patient’s survival, they may also cause significant damage to vital organs and systems. A patient’s ability to bounce back from that type of trauma is primarily dependent on their ability to stabilize the vascular system and regenerate the non-malignant hematopoietic cells that were eliminated. Unfortunately, this function is impaired in the hematopoietic systems of the elderly; their blood vessels have a decreased ability to instruct the proper function of blood stem cells, which leads to a delay or interference of the regeneration of the hematopoietic system.

Under this grant, Dr. Butler and his team will be studying a specific protein elevated in the elderly population that they believe promotes aging of the cardiovascular and hematopoietic systems. They have compelling preliminary data that supports the idea that inhibition of this pro-aging factor improves hematopoietic function and leads to more efficient regeneration of the hematopoietic system following chemotherapy. The success of these studies have the potential to open new avenues for the development of a wide array of therapeutic strategies to reverse age-related hematopoietic deficiencies and improve overall health span in the elderly.