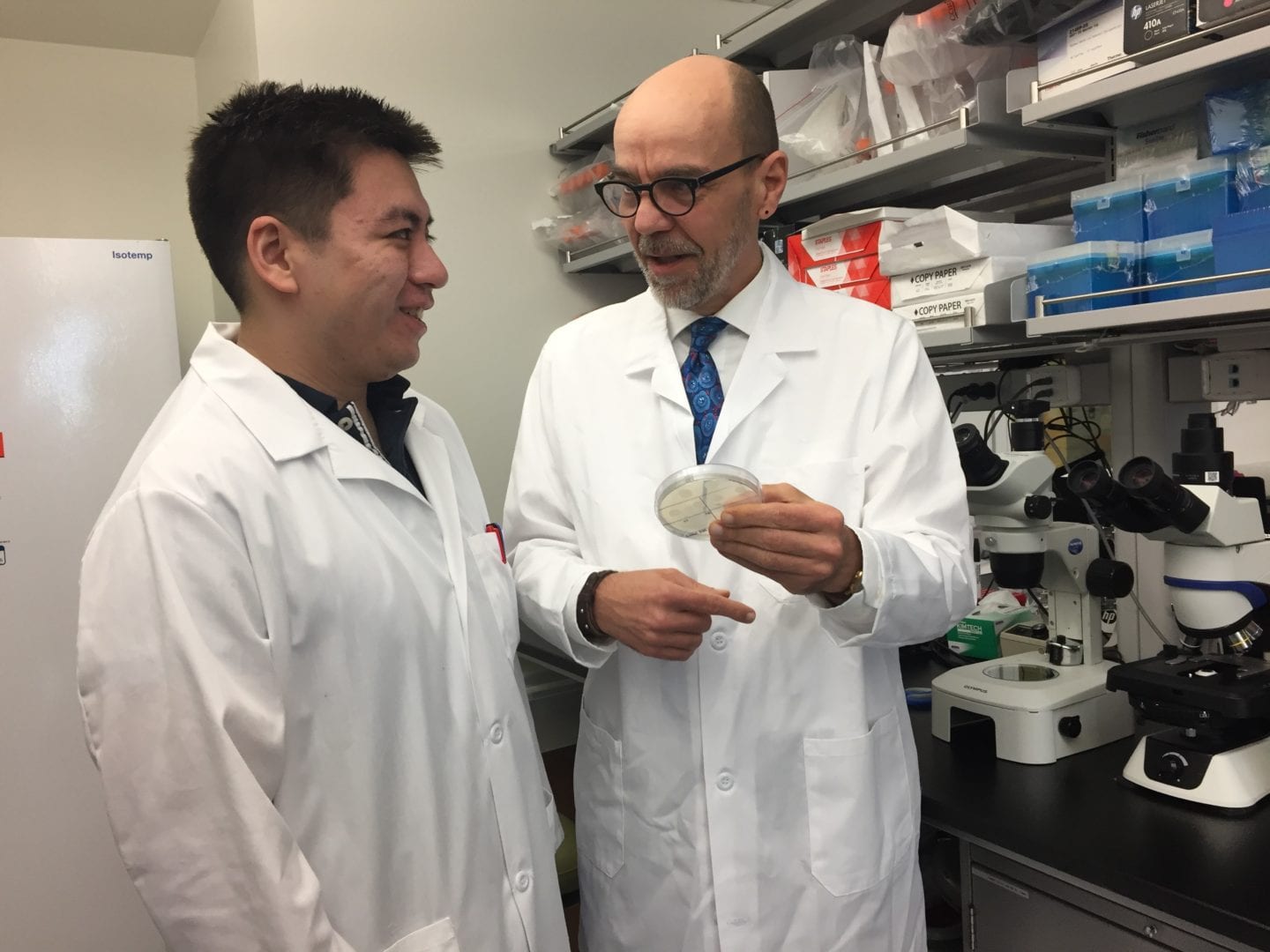 A group of bacteria that are cousins to tuberculosis naturally live in soil and water across the globe. For most of us, their presence poses no problem, since the functioning immune system rids the body of the germs relatively easily.

But for a growing number among us in the developed world who have weakened natural defenses, like those who have had organ transplants or those who have lung disease like COPD, exposure to even tap water can cause a chronic infection of “non-tuberculous mycobacteria,” or NTM. The affliction can be deadly – and it proves incredibly stubborn to the limited number of treatment options. At the same time, the number of U.S. cases has more than doubled in recent years, according to some estimates.

A widely accepted tuberculosis drug may do the trick to treat the bacterial infection, according to new work published by researchers from the Hackensack Meridian Health Center for Discovery and Innovation (CDI).

Rifabutin, first approved by the U.S. Food and Drug Administration in the 1990s for tuberculosis, should be repurposed to fight the burgeoning group of infections, according to the paper published recently in the journal Antimicrobial Agents and Chemotherapy.

“The drug could be repurposed to great effect,” said Thomas Dick, Ph.D., a member of the CDI, and the paper’s lead author. “This is a growing group of patients, and this new finding could mean longer and better lives for thousands who contract this kind of infection.”

The NTM burden has virtually exploded in recent years, according to some epidemiological looks. Cases more than doubled from 2010 to 2014 (86,2344 cases to 181,037) according to estimates made in a 2015 federal study published in the Annals of the American Thoracic Society. At the same time, the national health care cost for this rise would have doubled, too – from $800 million to approximately $1.7 billion, according to the estimates.

Among the grouped associated bacteria, the Mycobacterium abscessus infection is one of the most dangerous and stubborn – and it is the one the CDI scientists looked at for their most recent study.

The scientists, including Véronique Dartois and Martin Gengenbacher of the CDI as well as some colleagues from South Korea, studied the infection in mice with immune deficiencies.

Clinical work has historically shown that rifampin, a standard antibiotic, has shown poor potency through in vitro modeling. Another drug, clarithromycin, has some beneficial effects – but there is a genetic feedback loop which undercuts its effectiveness.

At the CDI, the in-vivo models calculated the lung bacterial burden and gauged the effectiveness of the treatments with different drug regimens within the mice.

Overall, the treatments showed that rifabutin was as active in the models as clarithromycin.

Further work remains, Dick explained. The rifabutin not only works on its own – the results have started to show signs the drug actually may amplify other treatments at the same time. Namely, clarithromycin induces methylation of a ribosome that stops the drug binding, which can undercut its own effectiveness. But rifabutin suppresses transcription at the earliest stages of that process, thereby stopping the methylation – and theoretically keeping open the pathway for clarithromycin to work. The findings, if they bear out, could mean a new one-two punch battling back against the infection. Indeed, an unrelated team in Taiwan recently published results of some rifabutin treatments in human NTM patients, showing favorable outcomes.

The science appears promising, Dick said. But he emphasizes that the CDI team is still hard at work on the NTM problem.

“We have had good results so far – but we still have a lot of work to do,” he said.