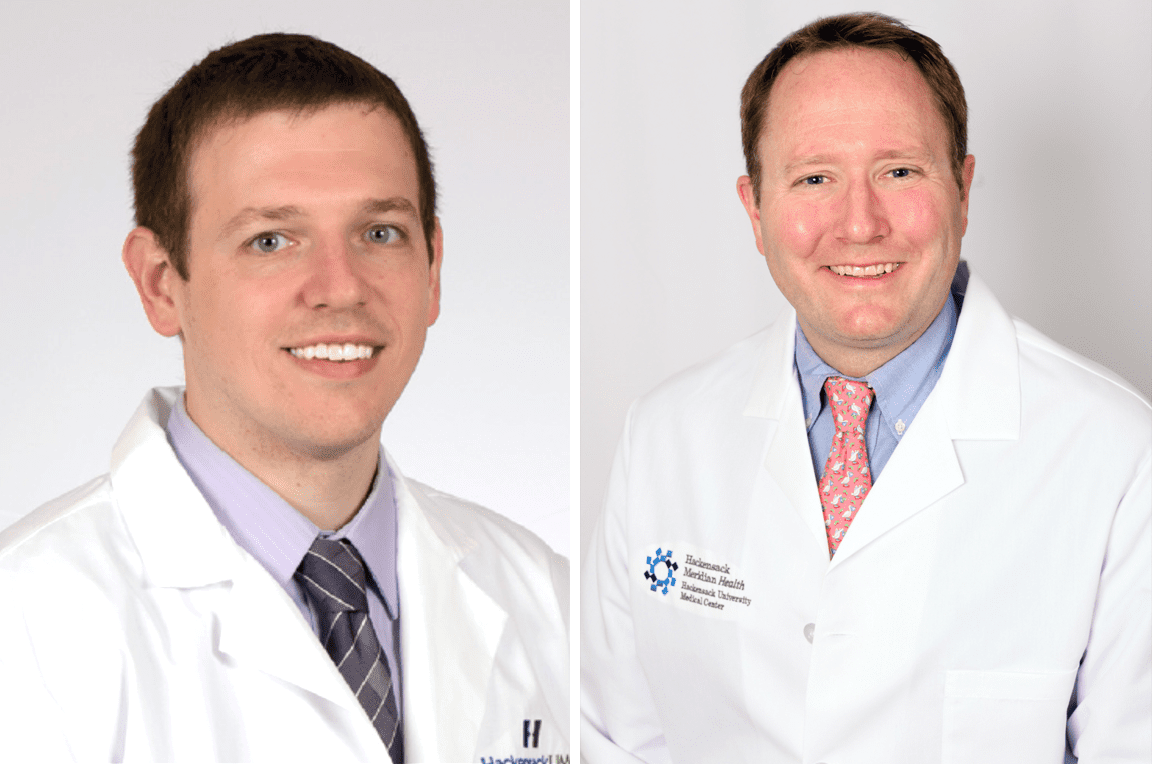 Two renowned physicians who are specialists in pediatric cancer have joined the Hackensack Meridian Health Center for Discovery and Innovation (CDI).

“The arrival of these two physician-scientists is a great addition to our team of researchers,” said David Perlin, Ph.D., the chief scientific officer and senior vice president of the CDI. “Together, they bring clinical backgrounds boosting the translational goals of the CDI – to make discoveries that will help heal patients.”

Drs. Vogel and Hanson plan to explore treatments for rare brain tumors, specifically embryonal tumor with multilayered rosettes (ETMR). These tumors are exceptionally aggressive, and usually affect children younger than four years of age. Patients stricken with this type of cancer generally have very poor prognoses, with typical survival rates no longer than six months to a year following diagnosis.

Standard treatment doesn’t currently exist – and they are rare enough that relatively little information exists about them. Despite that, Dr. Hanson was recently able to implement a novel chemotherapy regimen that led to success for a baby at Hackensack University Medical Center. He is in the process of developing an international protocol that could be used for other children.

Vogel and Hanson’s research at CDI will focus on refining models of ETMR. Their goal is to understand the underlying mechanisms and the biology of the cancer, which would help identify and target therapies to prolong patients’ lives. Further, they plan to explore the possibility of applying some of the most cutting-edge approaches to cancer treatment for these tumors, including utilizing genetic sequencing to direct the chemotherapy regimens, immunotherapy and antibody therapy. They look forward to creating a streamlined bridge from bench to bedside by each having a foot in both the basic and clinical sides.

“You need a pipeline from the basic research to the clinical applications; you can’t have one without the other,” said Vogel. “Basic science gives you the molecular understanding and then the potential targets that can then be thoroughly studied in translational medicine.”

“The exciting thing here is that as we come up with new ideas, we’re going to be able to get it done in the lab and then bring them to the patient,” added Hanson. “I think it will be a unique opportunity to have one foot in the lab and one foot in the clinic and to bridge the gap – driving the process instead of having to wait for someone else to come up with an idea or push something through. We have the mechanism in place to drive the process from start to finish.”

Both physician-scientists have demonstrated records of success. Vogel is director of Pediatric Neurosurgery at the Joseph M. Sanzari Children’s Hospital at Hackensack University Medical Center. He has conducted research in laboratories at Princeton, Columbia, Harvard, and the Howard Hughes Medical Institute. He has also headed his own NIH-funded lab, overseeing a sizeable staff. Vogel has published extensively in peer-reviewed journals, including a cover article for Nature Medicine. Vogel recently took part in a surgery to save the life of a baby boy born with his brain outside his skull.

Hanson is a graduate of the Rutgers New Jersey Medical School and has received training at the Alfred I. DuPont Hospital for Children, North Shore-LIJ, and the Dana Farber Cancer Institute, where he specialized in pediatric neuro-oncology. He has headed numerous studies in his field and has authored a series of publications in peer-reviewed journals. Currently, he is the program head of Pediatric Neuro-oncology at the Joseph M. Sanzari Children’s Hospital, where he also treats patients and conducts research. He is at the forefront of chemotherapy approaches and serves as an expert on directing and developing pediatric chemotherapy protocols.