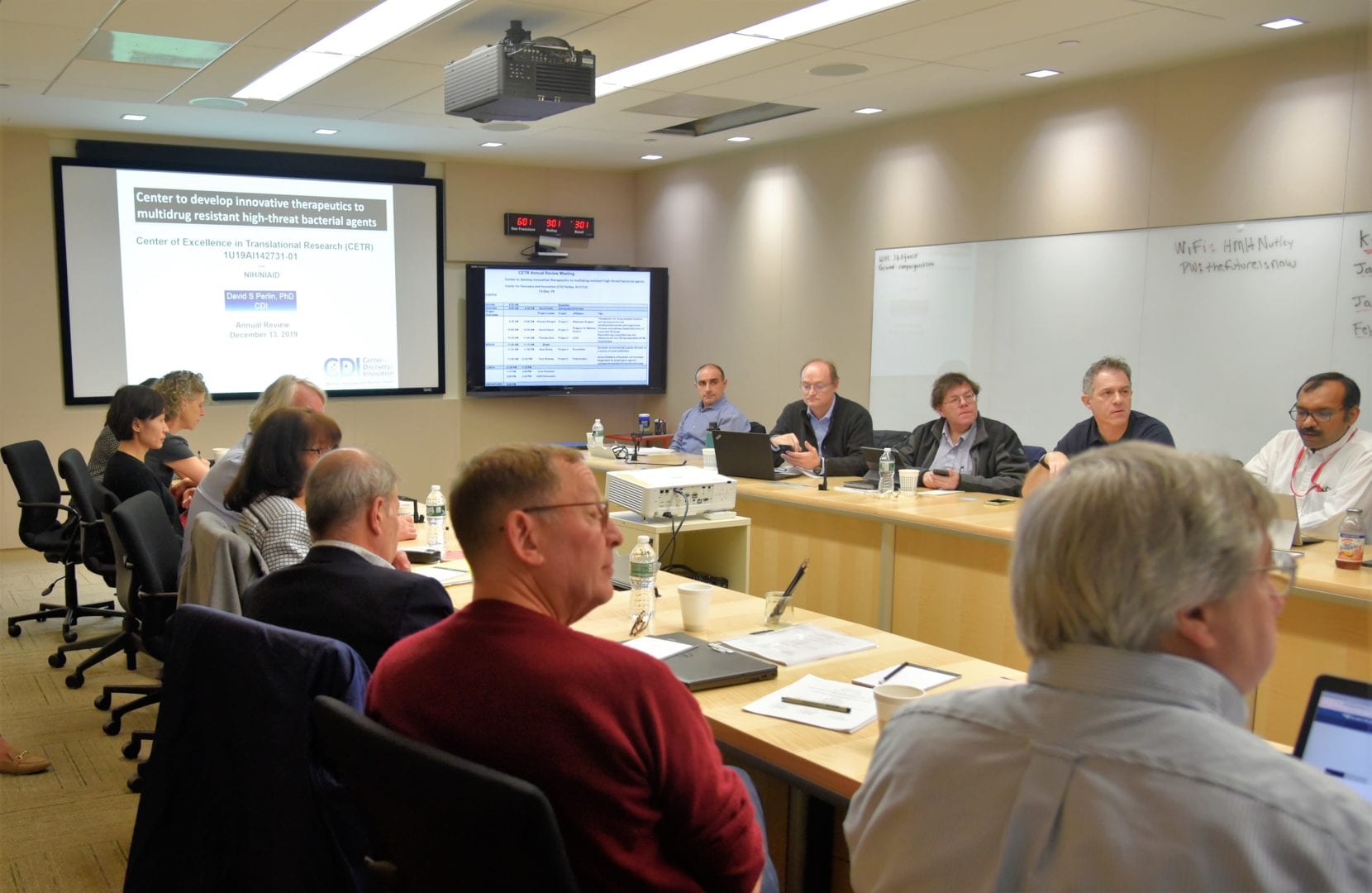 Last May, David S. Perlin, Ph.D., the chief scientific officer and senior vice president of Hackensack Meridian Health’s Center for Discovery and Innovation (CDI), was awarded a $33.3 million grant by the National Institutes of Health to develop new antibiotics against drug-resistant bacteria.

The first-year progress to discover preclinical drug development candidates was the focus of the Center of Excellence for Translational Research (CETR) annual review meeting held Dec. 13 at the CDI.  The meeting was attended by leading experts in antibiotic drug discovery representing academia and commercial sectors.

The CETR is a public-private partnership that brings together prominent scientists from the CDI, as well as other institutions and industry.

The annual review meeting discussed five ongoing projects from the scientists supported by the CETR program.  The projects involve possible drug development pathways to overcome the stubbornest and most deadly drug-resistant germs in the world.

The meeting, helmed by Dr. Perlin, featured molecules engineered to battle some of the toughest germs, and strategies to battle against the growing resistance developed by bacteria like multidrug resistant gram-negative and gram-positive organisms like Escherichia coli, Acinetobacter baumanii, MRSA, Mycobacterium tuberculosis and non-tubercular mycobacteria (NTM), as well as other potentially-fatal infections.

The world-class scientists from multiple universities including Rockefeller University and Rutgers University New Jersey Medical School, as well as biotech and big pharma, discussed the strengths and weaknesses of the various proposals, and paths forward. The scientific advisory board involved in the discussions included senior leaders who have overseen major drug development programs at large pharmaceutical companies.

“The CETR is developing strategies to tackle one of the most emergent medical threats of our time,” said Dr. Perlin. “Through this program, we are addressing a critical unmet clinical need impacting patients in our network, and around the globe.”

Dr. Perlin’s primary expertise is in elucidating molecular aspects of drug resistant bacterial and fungal pathogens in cancer, transplant and other high-risk patients, and developing strategies to overcome these infections. He has published more than 260 papers and book chapters and co-authored two-books. Dr. Perlin’s awards include being named a Fellow of the New York Academy of Sciences and a Fellow of the American Academy of Microbiology