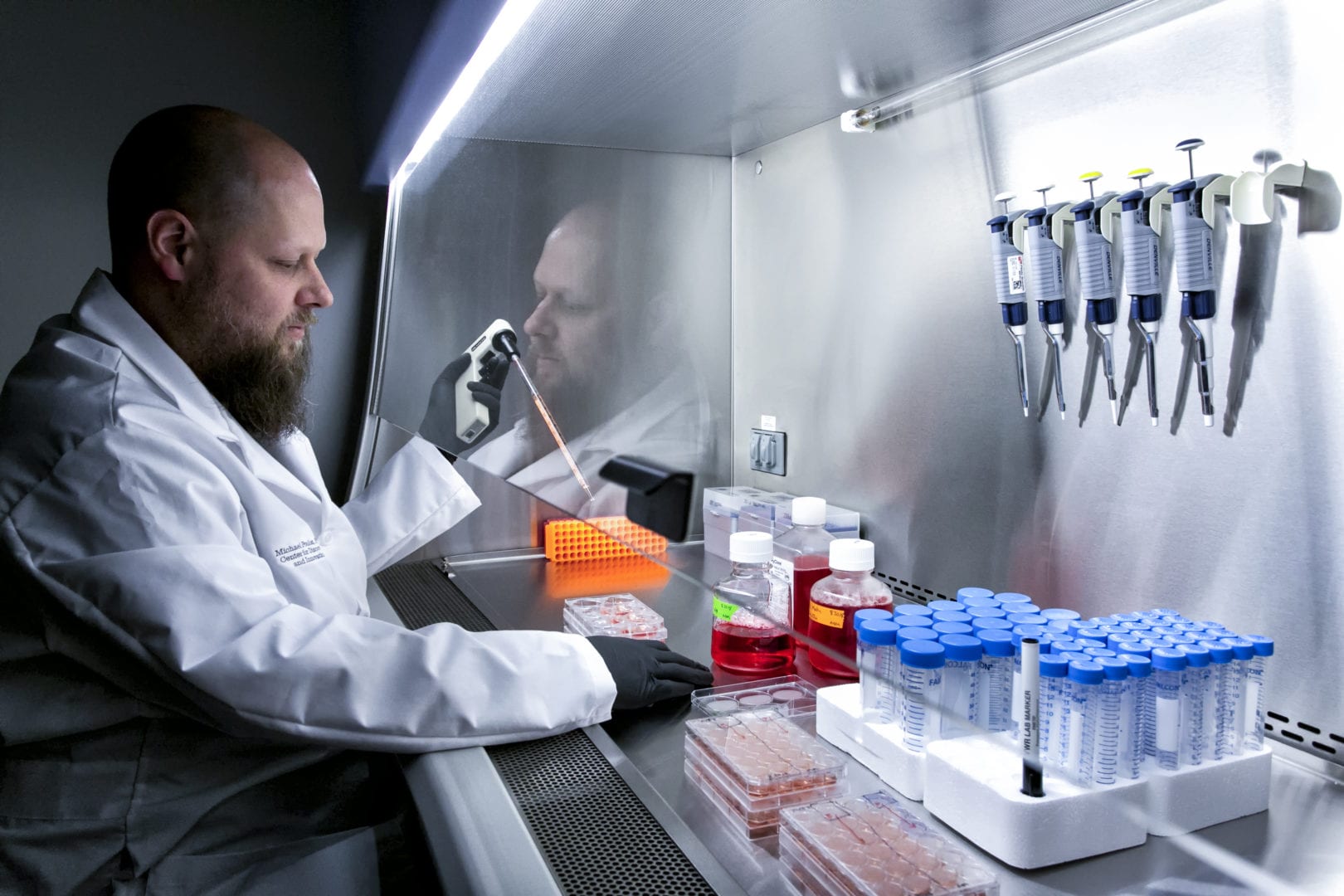 The differences in blood vessels in the bone marrow – which mean life and death for thousands of cancer patients every year – was the focus of an up-and-coming Center for Discovery and Innovation (CDI) researcher’s talk at the Georgetown Lombardi Comprehensive Cancer Center on Friday, January 17.

The research by Poulos, who works in the lab led by Dr. Jason Butler, Ph.D., seeks out the root causes, and potential treatment options, of age-related leukemia.

Poulos gave the presentation at the Georgetown Lombardi/American Cancer Society Annual Research Award Recipients’ Symposium. He was one of three speakers; the other two presented clinical topics including chemotherapy effects in older breast cancer patients with high recurrence scores and pelvic health observations after breast cancer.

Differences in blood vessels like sinusoids and arterioles, and the genes that dictate their blood stem cell supportive function, potentially play a distinct role in the genesis and development of cancers like leukemia.

“Developing faithful model systems to elucidate the role of the vascular niche in leukemic emergence and relapse could provide new approaches allowing for more rapid and extensive testing of improved therapeutic treatments for leukemia,” said Poulos.

Poulos joined the CDI last year. He received his Ph.D. from the University of Florida, and did postdoctoral work at the Sloan-Kettering Institute and Weill Cornell Medical College.