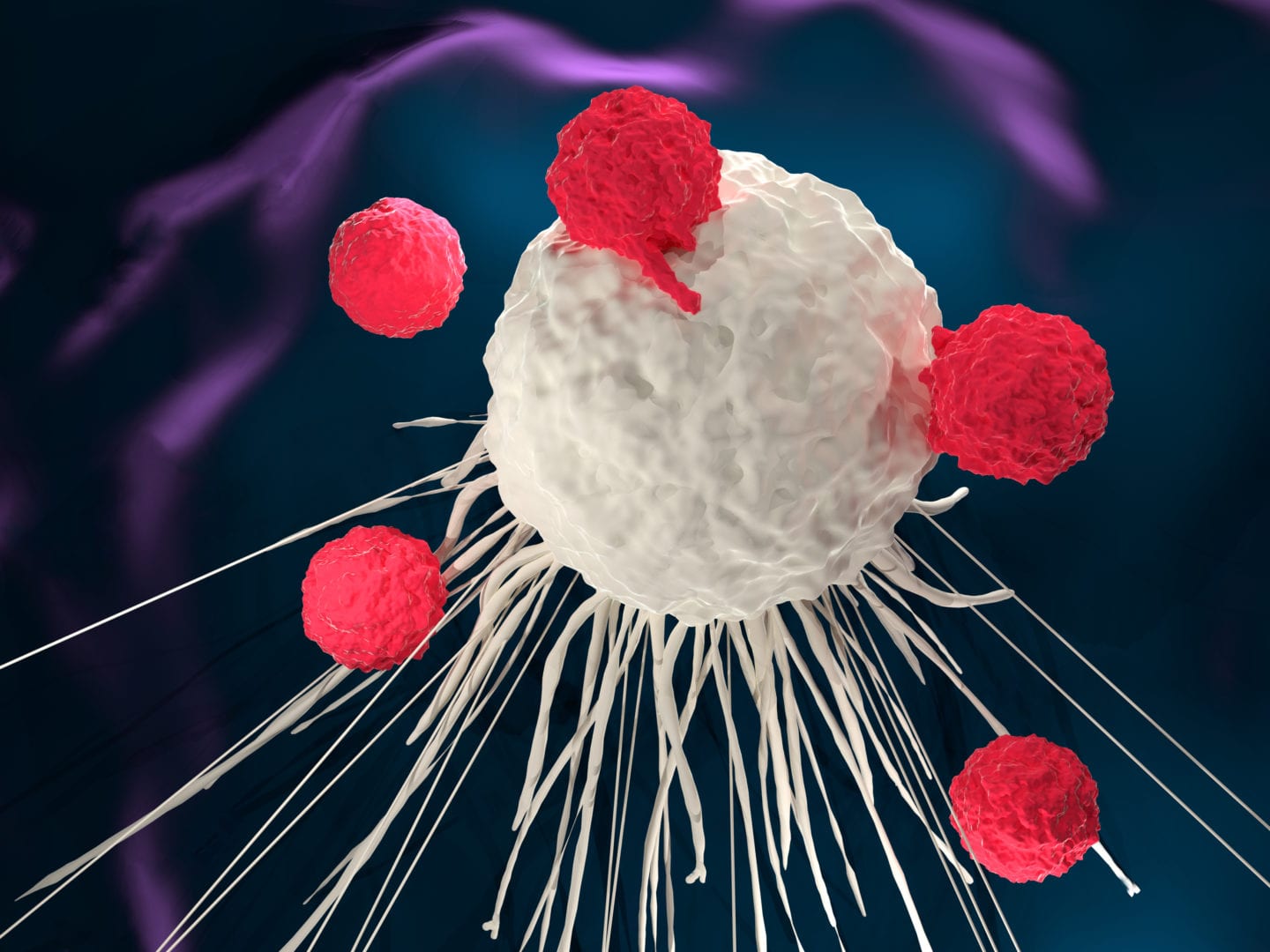 A new type of T-cell receptor which recognizes and kills most cancer types could be a “universal” cancer therapy, according to new work published by scientists at Cardiff University.

The results are published in the journal Nature Immunology today.

The study outlines a process of genome-wide CRISPR-Cas9 screening that homed in on a unique T-cell receptor (TCR). That receptor targets a single human leukocyte antigen (HLA)-like molecule called MR1, according to the researchers.

The MR1 molecule does not vary in the human population, according to the paper.

The mouse models showed injections of T-cells targeting MR1 showed promise in the laboratory, according to the scientists.

Johannes Zakrzewski, M.D., is an associate member of the Hackensack Meridian Health Center for Discovery and Innovation, who works with T-cells therapies – notably, a project to generate genetically modified T cells through the thymus.

Zakrzewski was not involved in the Cardiff work, but found it could be promising. The findings could represent a major advance in the field of cancer immunotherapy, he said. However, even if the therapy proves efficacious, cell manufacturing would still make the technique both complex and expensive, he said.

“This means that even with this discovery we will still be dealing with the drawbacks of having to manufacture custom-made cellular product for each patient, until scientists have figured out how to make a true off-the-shelf product by designing a universal T-cell line that could be engineered to express this universal cancer targeting receptor,” said Zakrzewski.

The abstract of the Nature Immunology paper can be read here.