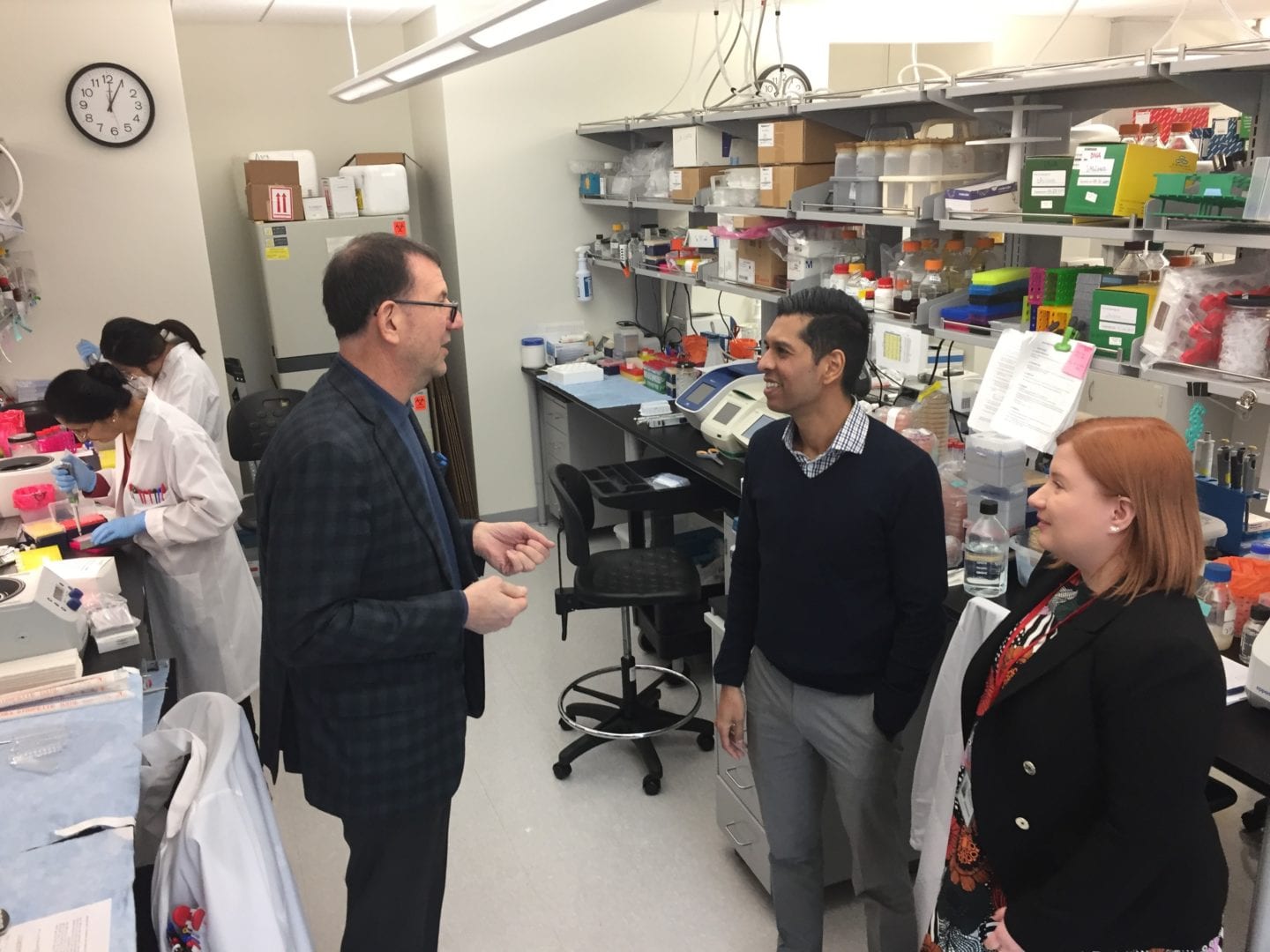 Over the last decade, a fungus called Candida auris has become a major problem in many healthcare settings across the world. One of the hot spots is in the New York and New Jersey area – and another is in the hospitals in and around Johannesburg, South Africa.

Experts from both sides of the Atlantic met at the Hackensack Meridian Health Center for Discovery and Innovation to compare findings – and talk collaboration – on January 31.

Nelesh Govender, MBBCh, of South Africa’s National Institute for Communicable Diseases in Johannesburg, met with his counterparts at the CDI. Those counterparts included David Perlin, Ph.D., the chief scientific officer and senior vice president of the CDI, and those in his laboratory, notably Milena Kordalewska, Ph.D., a senior research associate specializing in Candida auris diagnostics and drug resistance.

The problem of healthcare-associated infections in South Africa, where a majority of people do not have private health insurance, is one of the country’s major health concerns.

In 2016, surveillance data showed about 100 hospitals had at least one case of Candida auris in South Africa, said Govender. While that prevalence has remained relatively steady by 2020 and the concentration of cases is still in and around Johannesburg, it affects a large number of patients, said Govender, who is also affiliated with the University of Cape Town and the University of the Witwatersrand.

“Infection prevention and antifungal stewardship are not easy, but these are fundamental to controlling healthcare-associated infections,” he said. “We need to fix some of our fundamentals.”

The scientists, along with some experts from the Hackensack Meridian Health network of hospitals, discussed collaboration: the potential uses of the experiences in South Africa, and the research capabilities of the CDI.

Those capabilities include developing rapid molecular diagnostics for the subtypes of the potentially deadly fungi, which vary across the globe. Candida auris has become multi-drug resistant in some parts of the world, notably South Asia and South Africa – and can thus become particularly deadly for patients with weakened immune systems.

The CDI has developed an accurate diagnostic to identify healthcare-associated infections caused by Candida auris quicker than ever before– and it’s now a matter of implementation with clinical partners, said Kordalewska.

Govender’s visit, and the potential collaboration, was a highlight on the busy CDI calendar, said Perlin.

“He’s a colleague and a collaborator – and he’s on the front lines of the Candida auris pandemic,” said Perlin. “His experience and knowledge are invaluable.”