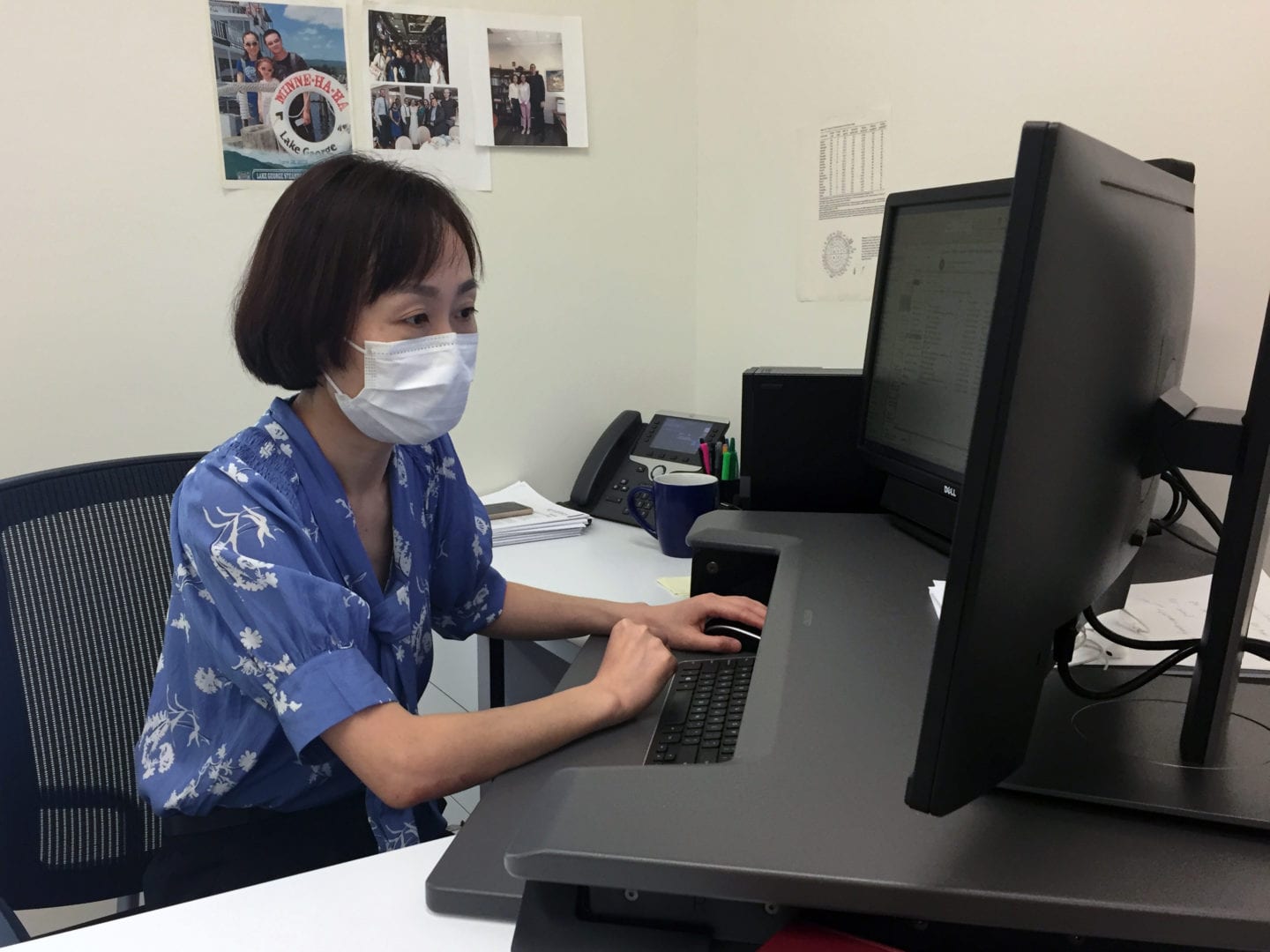 Nancy Zhao, M.D., Ph.D., was on back-to-back academic work trips in January. She had a meeting as a member of the Clinical and Laboratory Standards Institute, followed by a meeting at the National Institutes of Health about one of the emerging infections that is her specialty, the dangerous fungus Candida auris.

That’s when her leaderd, David Perlin, Ph.D., chief scientific officer and senior vice president of the Hackensack Meridian Center for Discovery and Innovation, and she discussed a new project. This one concerned a virus at the other end of the world.

They’d previously talked about the new contagion reported in China just the month before. But Perlin and Zhao agreed – this new epidemic had spread to the point that the CDI needed to start working on it. Just in case.

And by the time SARS-CoV-2 had spread to the point it became the COVID-19 pandemic, it was the CDI which had developed a hybrid test which was more accurate and faster than anything else available locally at the time. It was due mostly to the expertise of Zhao, who found herself pivoting from the fungal and bacterial infections which she normally focuses on, to the world’s most dangerous emerging viral threat.

“My research has always been evolving – it’s never been limited to a narrow focus,” said Zhao.

“Nancy is an outstanding scientist, and her background made our response to multiple outbreaks possible,” said Perlin, “Her work is crucial to not only the CDI, but also to a series of disciplines in which she is a leader.”

FROM CHINA TO AMERICA
Zhao was born in China, an only child to an engineer father and marketer mother. Her father wanted to be a doctor, but he found it impossible to do so since his own parents were considered politically unorthodox during the turbulent times of the Cultural Revolution. Zhao, growing up in the city of Zhengzhou, found herself at the top of her classes, with the encouragement of her parents. She gravitated toward epidemiology, with one of her first projects on Hirschsprung’s disease, a congenital birth defect affecting the colon.

She was starting her Ph.D. studies (at Fudan University in Shanghai) in 2002 just around the time that the virus causing Severe Acute Respiratory Syndrome (SARS) was spreading in parts of China. In the wake of that epidemic’s spread, a curious phenomenon had developed: an unexplained series of meningitis cases in children. The cause was not bacterial, yet scientists couldn’t isolate the virus to determine what exactly was causing the affliction.

It was Zhao who succeeded in discovering the samples were indeed viral: the children had suffered from an enterovirus not previously identified.

In late 2003, Zhao was invited to do work on the whole genetic sequence of the virus. The work brought her in contact with a researcher from another country: Dr. David Perlin who was visiting from the United States. They began to collaborate on the virus and others, including Echovirus 30, which led to publications in journals such as the Emerging Infectious Diseases.

Zhao’s primary background was in epidemiology. But she also had some laboratory experience. So by the time she relocated to the United States to work in Perlin’s laboratory at the Public Health Research Institute in 2006, her hybrid background gave her somewhat of a toehold. Colleagues in her new setting also helped her hone her laboratory skills.

“Epidemiology actually helped me a lot moving forward, in writing grants, and in putting the science in the proper perspective,” said Zhao. “It was also Steve Park (the director of laboratory support operations at the CDI), who really opened the door for me, in helping me with experience in the lab.”

TO COVID-19
Working in Perlin’s laboratory ever since, Zhao has had significant success with National Institutes of Health funding in the treatment and prevention of infections like that of gram-negative bacteria, the Candida fungal pathogens, and other niches. She even was called on to assist in diagnosing patients from a high-profile, multi-state fungal meningitis outbreak.

Another of her fields of endeavor now, of course: COVID-19.

Zhao tackled the microbiology of the virus SARS-CoV-2, right after her discussion with Perlin. Using the sequences published by colleagues from China, she found a disturbing factor early on: the Center of Disease Control and Prevention assay was flawed, with it showing a cross-reactivity that undermined its accuracy. The test developed by a group in Germany was slightly better, but had other limitations.

Zhao’s tactic: to combine the best parts of both and make a better diagnostic.

“We didn’t want to be competitive,” she said. “But we wanted the assay to be accurate.”

Zhao also helped the team at Hackensack University Medical Center fine-tune the equipment and protocols to get the test validated, and up and running. It took 12-hour days for weeks in February and March to get everything in place. Since it debuted, it has been used in the Hackensack Meridian Health network to diagnose more than 4,000 patients.

The work has not slowed down, since. She has also been a key part in COVID-19 antibody assessments which has allowed the unique convalescent plasma program at Hackensack University Medical Center to pinpoint the most promising “super donors” – and provide treatment to sick patients.

Like many others, too, she has found the pandemic era a challenge. Her and her husband have to trade off caring for their one child, day by day. Her husband’s office, adjacent to her’s, at the CDI: he is another CDI scientist named Liang Chen, who is himself an expert in infectious disease. Together Zhao and Chen have found a way to make their schedules work – and get their science done – while keeping life moving ahead.

“Working at this intensity is a challenge,” she said. “But we have made it work.”