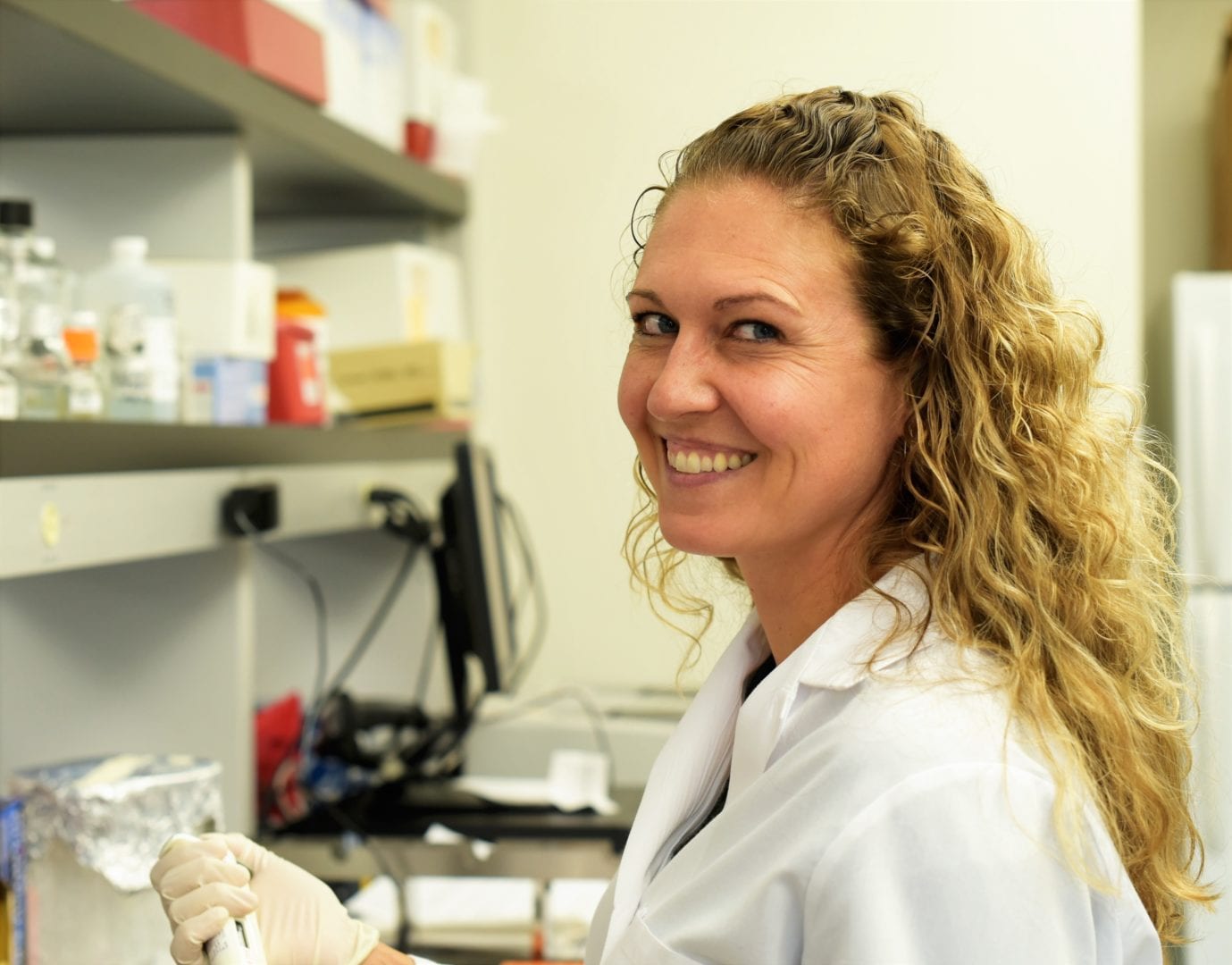 Jessica Schuyler is in pursuit of a dangerous infection, like many of her peers at the Hackensack Meridian Center for Discovery and Innovation (CDI). But unlike many of the other scientists, she is also just starting her career, with her doctorate expected next year.

Schuyler’s background also might be a little different than many of her other peers. Growing up in a working-class family in South Jersey, she is the first person in her family to attend college, let alone pursue graduate degrees.

Schuyler was just awarded a fellowship by the Executive Women of New Jersey Graduate Award for an outstanding student pursuing an advanced degree in Science, Technology, Engineering, Math or Environmental Science, which is funded by the public utility PSEG.

“My nontraditional path to a PhD has groomed me to become a proficient scientist and expert in microbiology, antibiotic resistance, and gene editing,” said Schuyler.

“Jessica is a promising talent, and her drive and perseverance to both succeed and to become a role model for young women scientists makes me confident that she will have a productive scientific career in the years to come,” said Barry Kreiswirth, Ph.D., founding faculty member of the CDI, who heads the laboratory where Schuyler works.

Schuyler grew up in Willingboro, an underprivileged town. Her academics set her apart enough that she was awarded a full scholarship to an exclusive private high school, the Lawrenceville School. What she calls the “culture shock” of interacting with people who were from different backgrounds than she. Her academics suffered.

But it was the experience at Rowan Community College, and encouragement of an important mentor, which put her grades back on the fast track. She transferred to Thomas Jefferson University in Pennsylvania in pursuit of a combined Bachelor’s/Master’s program in Biotechnology.

“This seemed like a grandiose goal. It was,” Schuyler recalled. “I waited tables to support myself and help pay for school, eventually graduated with honors. I worked graduate school to surpass the obstacles which negatively impacted my education in high school, but was able to redeem myself and succeed.”

She started her PhD work at Rutgers University in 2017, ultimately taking aim in her thesis at Klebsiella pneumoniae. It’s a bacterium which causes bloodstream infections and pneumonia in immunosuppressed patients, like those who’ve undergone transplants or cancer treatments. This infection brings increased mortality rates – reported as high as 50% even with antibiotic therapy. Klebsiella pneumoniae comprise approximately 8% of all hospital acquired infections – and they are also resistant to most antibiotics available. Schuyler in her work uses the latest methodologies such as CRISPR to screen the genomes of Klebsiella pneumoniae strains to identify gene targets associated with drug resistance.

“The CDI has been a great place to conduct this work, and to continue learning,” said Schuyler.

The ultimate goal: a leadership role in scientific higher education as a researcher, professor, and eventually a Dean of a STEM program.