Home » News » The CDI Experts: Kurepina, TB, and an Eye for Detail 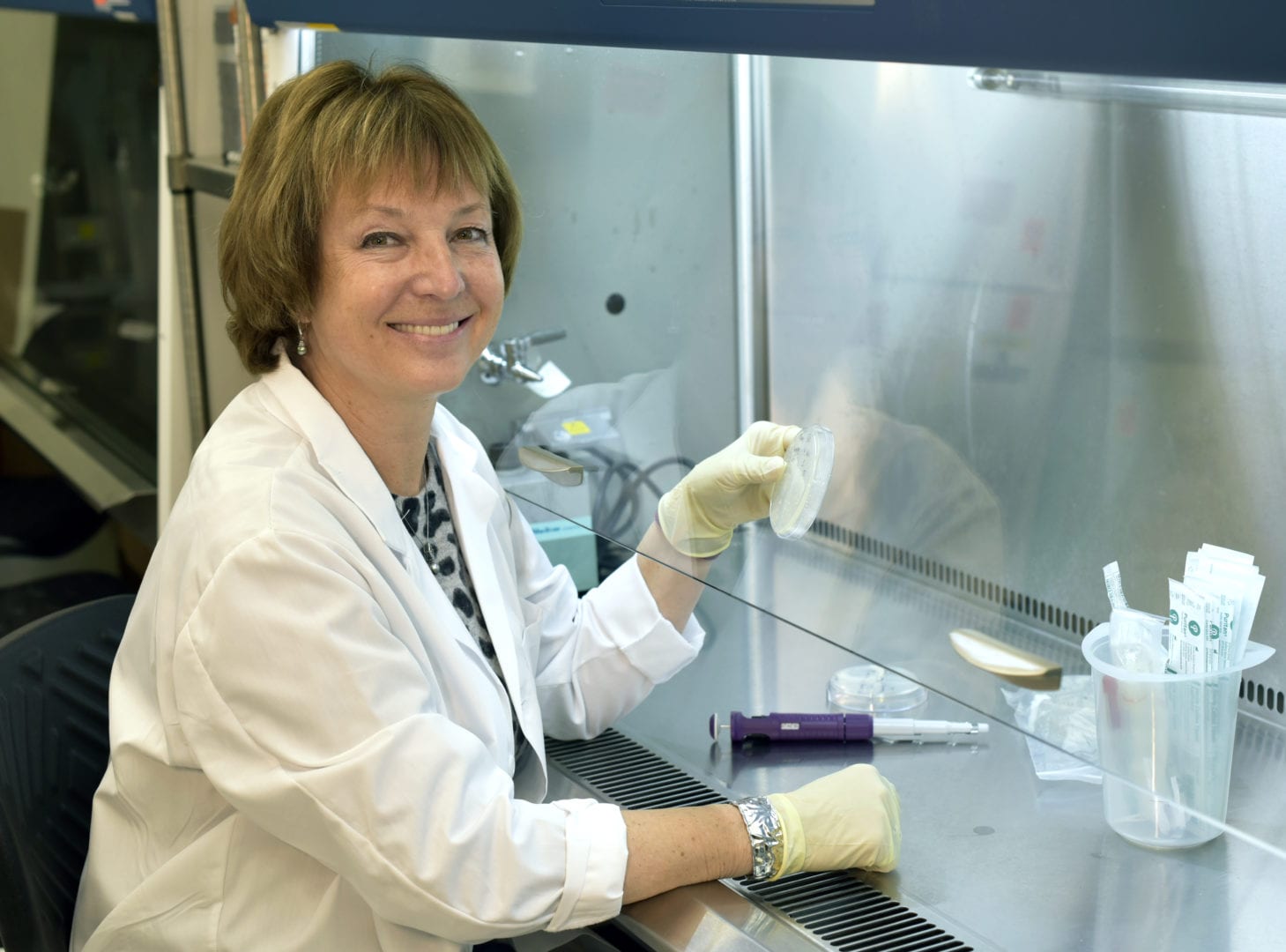 Tuberculosis (TB) has been with humanity for tens of thousands of years. Along the way, it’s killed hundreds of millions of people. At present, TB is found in every country in the world. Scientists are tackling this global disease with different natural and synthetic means to try and turn the tide against it, once and for all.

Natalia Kurepina, Ph.D., a faculty member at the Hackensack Meridian Center for Discovery and Innovation (CDI), is one of the researchers who has helped to catalogue this scourge’s rogues’ gallery. She has participated in the testing of potential drugs, discovered by different pharmaceutical companies for the possible therapeutic solutions. The CDI’s TB collection contains more than 37,000 clinical isolates, all with their own unique combination of virulence factors and mutations to thwart antibiotic treatment. Kurepina’s work among all these germs looks for the “devil in the details” of TB – as well as other drug-resistant pathogens which are on the rise.

The fight between human ingenuity, and the evolution of the germs that torment us, has continued even after antibiotics have been discovered.

“Natalia is a cornerstone of our work, and she is an excellent colleague to have in your corner,” said Barry Kreiswirth, Ph.D., a CDI faculty member who heads the lab where Kurepina does her work.

At the CDI, Dr. Kurepina can be found growing the TB-causing bacteria in month-long cycles in a bio-safety laboratory-3 (BSL-3) at the CDI. There she tests its genetic markers, and what drug combinations may work on those genetically distinct strains. It’s exacting work, to plan ahead for each successive growth phase, and also to catalogue the deadly details of each kind of pathogen.

Kurepina graduated from the Moscow State University and earned her Ph.D. from the Institute of Molecular Genetics in Moscow, Russia. In the early 1990s, amid some turmoil in the former Soviet Union, she came to the United States for interviews to continue her postdoctoral work. Two of the four places she interviewed were at the Public Health Research Institute (PHRI) in New York City, and the Roche Institute of Molecular Biology in Nutley, NJ (more on this later). After some delays – and a change in course – she ended up with working with Dr. Richard Novick, who moved his laboratory from the PHRI to the Skirball Institute at New York University. It was there that she started working on the toxic shock syndrome toxin produced by in Staphylococcus aureus.

That work brought her into collaboration with Dr. Barry Kreiswirth – a partnership which has lasted a quarter century, and continues now at the CDI.

Barry Kreiswirth has been there from the very beginning of my scientific work here in America,” said Dr. Kurepina.

Dr. Kreiswirth became a noted expert on the rise of drug-resistant tuberculosis in NYC, and Dr. Kurepina became a critical part of that work, when she joined him at the TB Center in Public Health Research Institute in the mid-1990s – and eventually accompanied him in the move to the CDI last year.

Over the years, she has used the latest techniques to home in on the study of different strains of TB. The collection of clinical varieties of the bacterium in the CDI now reaches 37,000 strains from across the world. By using this representative collection, the Kreiswirth Laboratory team have partnered with such major pharmaceutical experts as Merck, TB Global Alliance and Otsuka and other drug-discovery companies. The study of this large and diverse strain collections provides the opportunity to identify unique genes and mutations that may unravel another pathway for resistance – or for a possible breakthrough therapeutic target.

The work is not limited to tuberculosis, however. Dr. Kurepina also now studies Klebsiella pneumoniae, a Gram-negative bacterium that naturally occurs in the intestines, but which is able to turn into a deadly opportunistic infection if spread to other parts of the body in certain patients.

Another line of the Kurepina work: fighting the germs with phages, viruses which attack bacteria. This avenue of fighting bacterial infection was largely abandoned after the astounding success of antibiotics in the 20th century. But with the continuing rise of drug resistance, finding the naturally-occurring threats to stubborn bacteria could give modern medicine the edge again in the war on germs.

“I think we have to use the weapons bacteria use against one another,” said Kurepina. “We have to observe the natural processes of how they fight each other.”

AN EYE FOR DETAIL

Dr. Kurepina lives outside Manhattan with her husband. Before COVID-19, she was an avid traveler.

One of her passions recently are her cameras, and what she can see through the lenses. An accomplished photographer, her work can be found in places online – and also occasionally here on the CDI website. Her eye for detail in nature, as well as scenery and portrait photography, is artistically apparent.

Another reason for travel: her grown son in California, and two grand-daughters. That part of her family splits time between Russia and the United States.

Working at the CDI, the former home of the Roche Institute of Molecular Biology where she had planned to work nearly 30 years ago, seems like a full-circle return – even as the endless work continues, she said, between stints in the laboratory.