Home » News » The CDI Experts: Gengenbacher and the Fight Against Global Killer TB 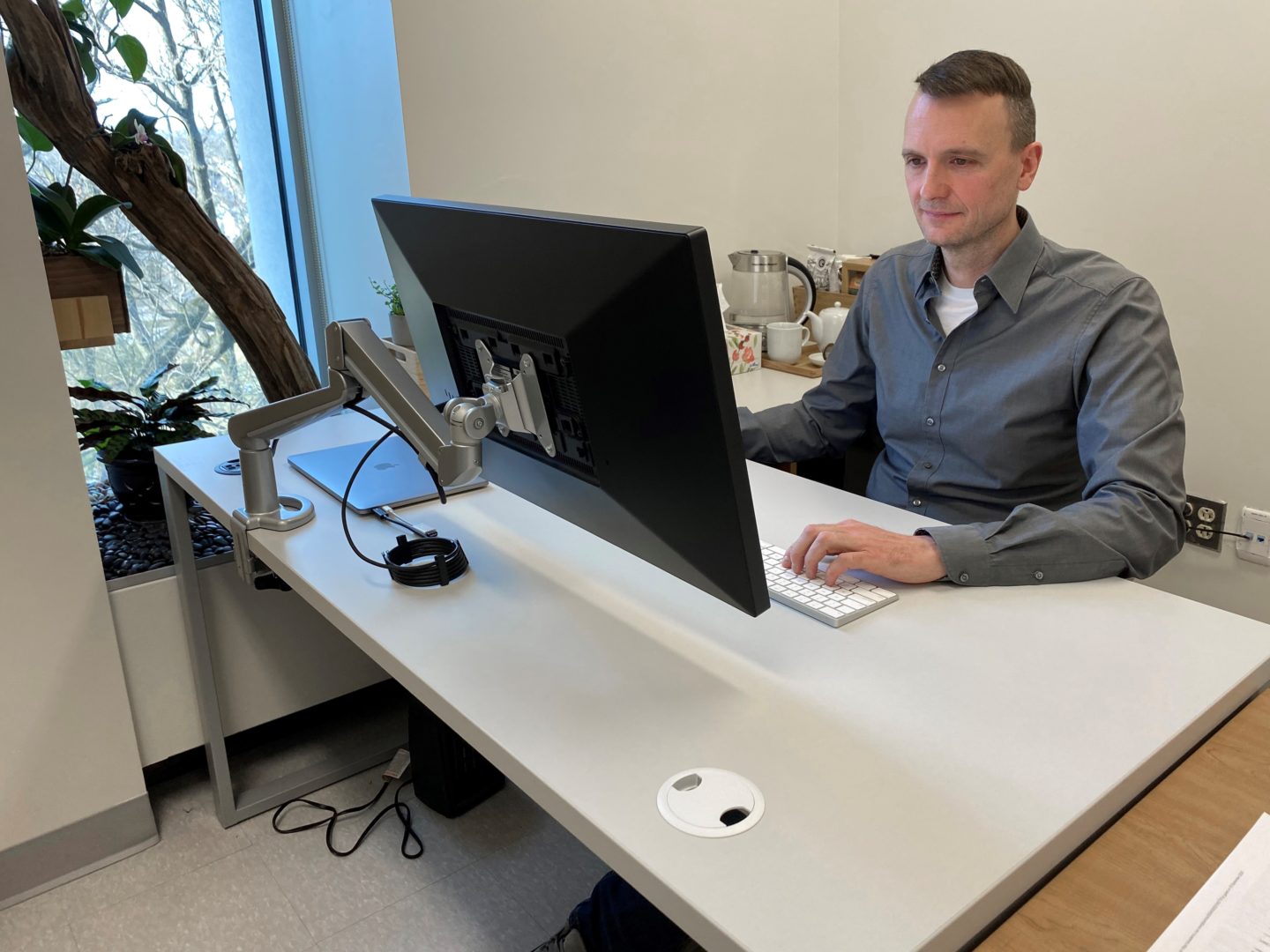 COVID-19 has killed 2 million people worldwide over the last year, according to estimates. But year after year in the modern era, tuberculosis (TB) has taken 1.3 million lives annually across the globe. It’s a scourge which has taken a disproportionate toll on the developing world.

There is one vaccine that has been widely available for a century called Bacille Calmette-Guérin, or BCG – but it is only effective in children and doesn’t fully prevent disease. That leaves adults, who make the majority of clinical TB cases unprotected – accounting for a staggering 10 million new cases per year.

Martin Gengenbacher, an assistant member of the Hackensack Meridian Center for Discovery and Innovation (CDI), is at the forefront of the global pursuit of TB and its elusive bacterial cousins in the Mycobacteria family.

The fascination with this oldest of all contagious diseases plaguing humanity started in his own childhood, Gengenbacher recalls.

“When talking to people about TB, I often get asked, ‘Is this disease still around?’” recounts Gengenbacher. “Perhaps, I would have given the same answer, if my grand aunt had not died from TB, a story my grandmother used to tell me when I was a child.”

Gengenbacher works closely with Veronique Dartois and Thomas Dick, both lab heads at the CDI. Gengenbacher was a postdoc in the lab of Dr. Dick in Singapore, where he started working closely with Dr. Dartois, too.

The Dick lab identifies new compounds with antibacterial activity against Mycobacteria like Mycobacteria tuberculosis, the germ that causes TB, in vitro. Gengenbacher and his team, along with the Dartois lab, assess pharmacological aspects and monitoring of drug exposure in the animal studies. The development of new anti-mycobacterials is usually driven and optimized towards improved direct pathogen kill – the ultimate end result for patients.

But over the last year, Gengenbacher has added an immunology component to the CDI’s unique platform to explore the impact of drugs on host cells.

The idea: to lift host-directed therapy development to the next level by integrating it during optimization of developmental drugs using advanced immunology in conjunction with traditional screening.

“At CDI I found the perfect environment to do exactly this: a fully functional BSL-3 (Biosafety Level-3) workspace, a strongly supportive research animal facility and a state-of-the-art flow cytometry core facility,” said Gengenbacher.

Gengenbacher, along with colleagues at the CDI, also investigates the dangerous bacterial cousin of TB, known as Mycobacterium abscessus, which causes the TB-like Non-Tuberculous Mycobacterium (NTM) lung disease – potentially deadly in immunocompromised patients. It’s an emerging infection that grows in prevalence every year.

Vaccines, of course, are the best way to stop ongoing spread of an infectious disease like TB. Gengenbacher has contributed to two notable efforts which may help turn the tide on the killer germ.

The BCG replacement vaccine VPM1002 was invented by his mentor Stefan Kaufmann, Ph.D., of the Max Planck Institute for Infection Biology, who gave a talk in December 2019 at the CDI.

But there was a scientific roadblock: the vaccine candidate had an antibiotic-resistance set of instructions left in its genome as a result of genetic modifications. Regulatory agencies would not support advanced clinical evaluation without removing those instructions.

Geneticists around the world tried to achieve removal for a decade and failed. But Gengenbacher, working with Kaufmann, was the one who ultimately succeeded.

To date, the VPM1002 vaccine has almost completed clinical development and a production plant has been built.

“To know that millions of infants around the world may soon get access to an improved TB vaccine that I picked as a colony from an agar plate and grew the primary culture of, makes me really happy,” said Gengenbacher recently.

The CDI team in Nutley has also taken a novel, cutting-edge approach to fighting TB. Most other researchers use BCG as a vehicle to express M. tuberculosis antigens, in the hope of aiming to improve and focus T cell responses.

The CDI has taken a different tack: using high parameter flow cytometry available at the CDI, Gengenbacher and his team have identified novel B-cell (immune cell) subsets that contribute to the control of TB infection. The translational approach involves CDI scientists genetically engineering BCG to promote B cell development and survival – which also presumably includes their newly discovered protective B cell subsets.

“This strategy of designing a B cell targeting TB vaccine is completely new and has not been tried before,” said Gengenbacher. “Right now, we have five novel recombinant BCG vaccine strains ready to be tested in our advanced animal models. I am very excited about this.”

Gengenbacher came to Nutley from a life abroad honing his science. He grew up in a tiny village on the slopes of the Black Forest in the Upper Rhine valley, in southwestern Germany. During his childhood, he spent most of my time out in the vineyards and the forests surrounding the village exploring the natural world with an eager curiosity.

“I was always fascinated by the living and growing world. By nightfall, my parents often needed to search for me out there because I had forgotten about the time,” recalled Gengenbacher.

He left Germany at a time when biomedical research was figuratively exploding in Singapore. There was plenty of opportunity – and Gengenbacher wanted to be part of it. For 14 years, he worked with Dr. Dick and Dr. Dartois and grew into his role.

The possibility of possibility to join the CDI, and to keep working closely with Dr. Dick and Dr. Dartois brought him to the Public Health Research Institute where they then worked – with the goal of joining them also at the CDI, when that transition happened.

In New Jersey, he continues his pursuit of nature outside the lab. At least once a month, he tries to go for a hike. The hikes could be just on a local trail – but at other times they have been rather more exotic locales – like that at the top of an active volcano.

“Standing on top of Mount Merapi watching the sunrise in central Java was a truly mind-blowing experience,” said Gengenbacher.