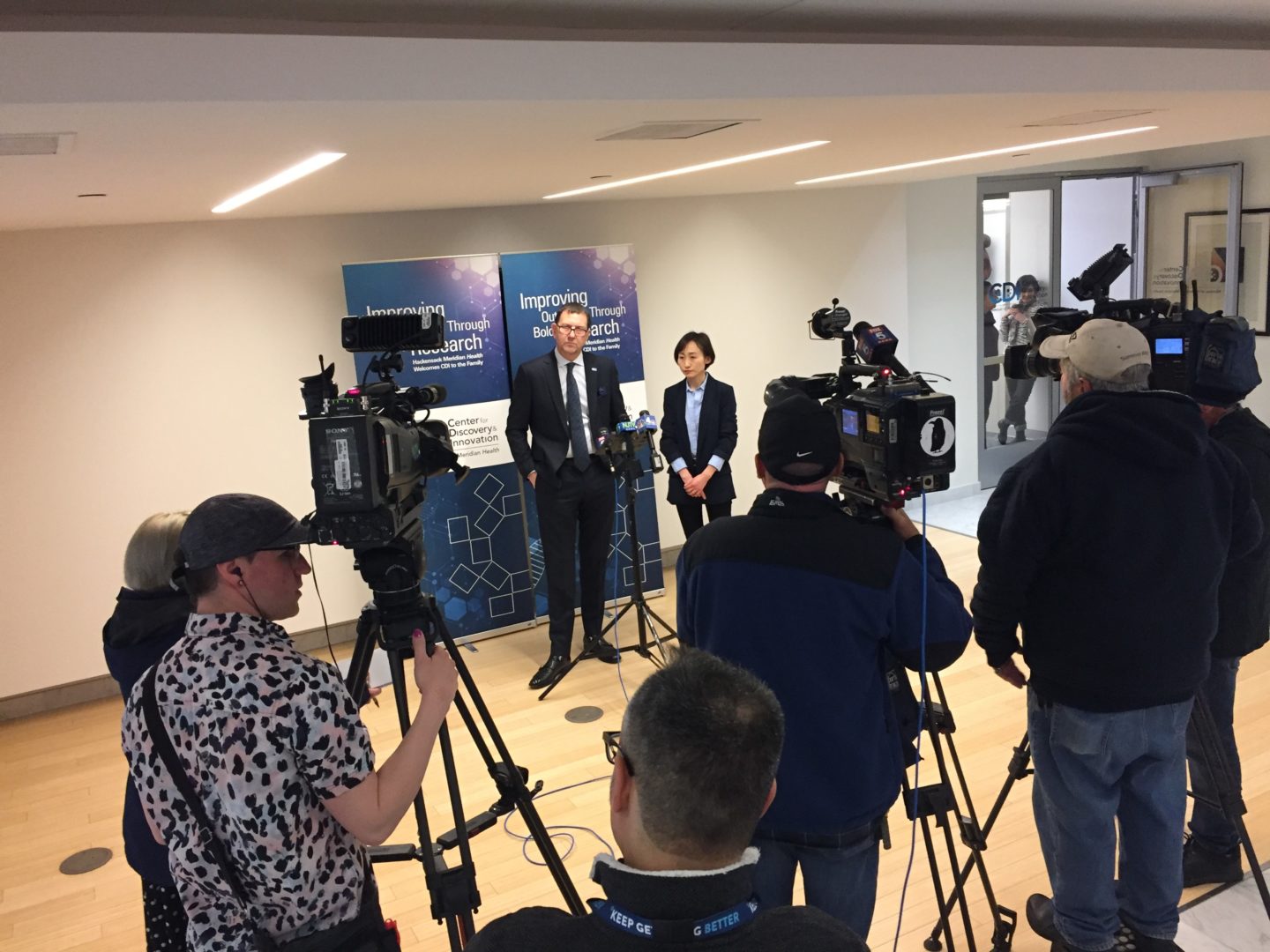 The viral diagnostic test for COVID-19, developed and implemented by scientists from the Hackensack Meridian Center for Discovery and Innovation (CDI) in the first weeks of the pandemic, is the subject of a new paper in the journal Scientific Reports.

The paper presents the reverse-transcription polymerase chain reaction (RT-PCR) test developed by CDI scientists including Yanan “Nancy” Zhao in the lab of David Perlin, which served to provide testing at a critical time early in the pandemic when New Jersey hospitals were waiting up to 10 days for a diagnostic result, and those results were sometimes inaccurate.

The CDI scientists used a hybrid of technology from the U.S. Centers for Disease Control and Prevention (CDC) and a test developed in Germany. Using different parts in combination, the CDI test became faster and more accurate.

The test was the primary diagnostic used from March 12, when the U.S. Food and Drug Administration issued it a pre-EUA (Emergency Use Authorization), until April 9, when the first of several commercial SARS-CoV-2 tests became available to the Hackensack Meridian Health network.

“Most of the patients obtained a laboratory-confirmed COVID-19 diagnosis within 24 hours of admission, thereby enabling timely patient management and distribution of limited resources (e.g. negative pressure isolation rooms), while informing healthcare workers about potential risks for cross-infection,” write the authors, who included experts from Hackensack University Medical Center and also the Hackensack Meridian School of Medicine.

The new paper is based on consecutive patients who were admitted to Hackensack Meridian Health hospitals with diagnoses of COVID-19 confirmed by the CDI virus test in that time frame.

A total of 722 patients were included in the study, with a median age of 63. About a third were female.

The median time from collection of the swabs to full testing report was 19.7 hours, according to the paper.

Viral load (amount of virus) was significantly higher in the oldest patient group (those 80 and older); and the more virus a patient had, the lower the survival rate.

Comorbidities and other outcomes were also assessed in the paper.

“We leveraged our experience developing an in-house viral testing platform towards patient management and infection control, which proved to be valuable and beneficial to both our healthcare network and the medical research community,” conclude the CDI scientists.

Zhao’s role in developing the test was previously profiled in an installment of “The CDI Experts” series of profiles last year.