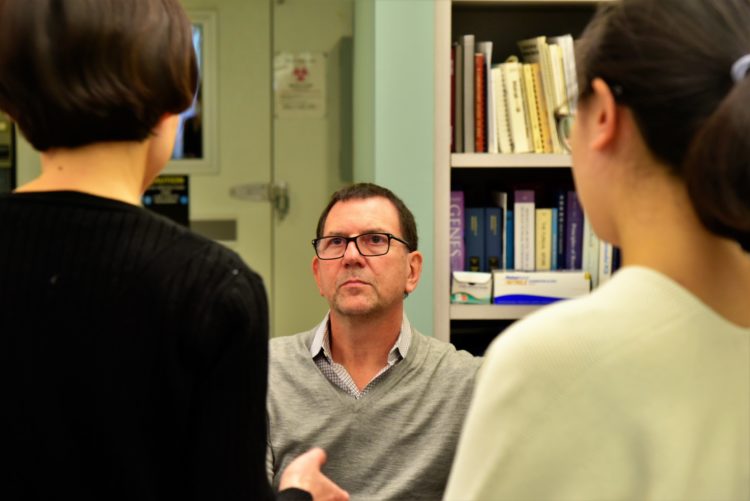 Hackensack Meridian Health is proud to announce that David S. Perlin, Ph.D., chief scientific officer and senior vice president of the Hackensack Meridian Center for Discovery and Innovation (CDI), has been recognized by Modern Healthcare as one of this year’s Top 25 Innovators.

The complete ranking is featured in the August 16 issue of MH magazine, and profiles of the honorees are available at ModernHealthcare.com/awards/top-25-innovators-2021.

The nomination of Perlin focused on the CDI’s achievements during the COVID-19 era, which included testing, tracking, and therapeutic breakthroughs to benefit patients across Hackensack Meridian Health, New Jersey’s largest and most comprehensive health network.

“Dr. David Perlin and the CDI have been a crucial resource for our health network during the pandemic,” said Robert C. Garrett, FACHE, CEO, Hackensack Meridian Health. “Dr. Perlin’s clear-eyed vision, and his experience with previous infectious disease outbreaks, has saved lives. This latest award is just further validation of his leadership.”

“This award is a great honor,” said Dr. Perlin. “The CDI aims to improve lives through real-time application of science, and I believe this distinction shows that our whole team here is making that difference, by responding to unmet needs.”

The award nomination focused on the CDI’s COVID-19 response, which played a critical role by impacting clinical care through development of novel diagnostics, improved antiviral therapy, and support of numerous clinical trial regimens.

CDI scientists are also studying the biology of the virus, host factors that impact disease progression, and discovery and development of novel drug candidates.

Dr. Perlin joined the Center for Discovery and Innovation in January 2019. In May 2020, he received a $33.3 million grant from the National Institutes of Health to develop new antibiotics to overcome deadly bacteria in hospitals that have become resistant to current treatments.

One of Perlin’s chief areas of expertise is drug resistant fungal pathogens, which includes Candida auris, a deadly fungal infection that is currently one of the most high-profile emerging threats in health care. Dr. Perlin and his colleagues developed one of the first comprehensive rapid diagnostic test for this pathogen and helped elucidate the principal mechanisms of drug resistance.  His group has worked closely with the CDC on this epidemic in New York and New Jersey, and other global health departments.

Over a period of about 30 years, Dr. Perlin has been at the forefront of scientific research into combatting high-threat bacterial, viral and fungal pathogens. He helped develop a number of novel therapeutics and diagnostics, some of which are now commercial products. He also developed a wide range of domestic and global programs addressing both hospital- and community-associated drug resistance. His team of researchers has developed molecular diagnostic products for the CDC and local hospitals for multidrug resistant outbreak pathogens including drug-resistance determinants. He has worked with numerous device manufacturers and pharmaceutical companies, as well as with the FDA and EMA. He also serves as an advisory board member to numerous pharmaceutical, biotech and diagnostic companies for development of novel therapeutics and diagnostics targeting drug-resistant pathogens.

Prior to joining the Center for Discovery and Innovation, Dr. Perlin spent nearly 20 years as executive director of the Rutgers New Jersey Medical School’s Public Health Research Institute (PHRI), an 80-year-old specialized center for global infectious diseases. He was also director of the Rutgers Regional Biocontainment Laboratory (RBL), one of 13 NIH-designated national centers for high-threat pathogen research, and was also a professor of microbiology, biochemistry and molecular genetics at the school. At PHRI, he oversaw programs to address multidrug resistant bacterial and fungal pathogens, both locally and abroad. He has published more than 300 papers and book chapters and co-authored two books. Dr. Perlin’s awards include being named a Fellow of the New York Academy of Sciences and a Fellow of the American Academy of Microbiology.

“There’s never been a more urgent time for the industry to experiment with innovations that can reshape how care is delivered. The members of this year’s class of Top 25 Innovators have introduced ideas that engage consumers in new ways, lower healthcare costs and take unique approaches to managing population health. The honorees were selected for their work in one of four areas: consumerism, cost reduction, population health and quality/safety. They were selected from nearly 200 nominations. We congratulate this class of honorees and look forward to following their careers,” said Aurora Aguilar, editor of Modern Healthcare.