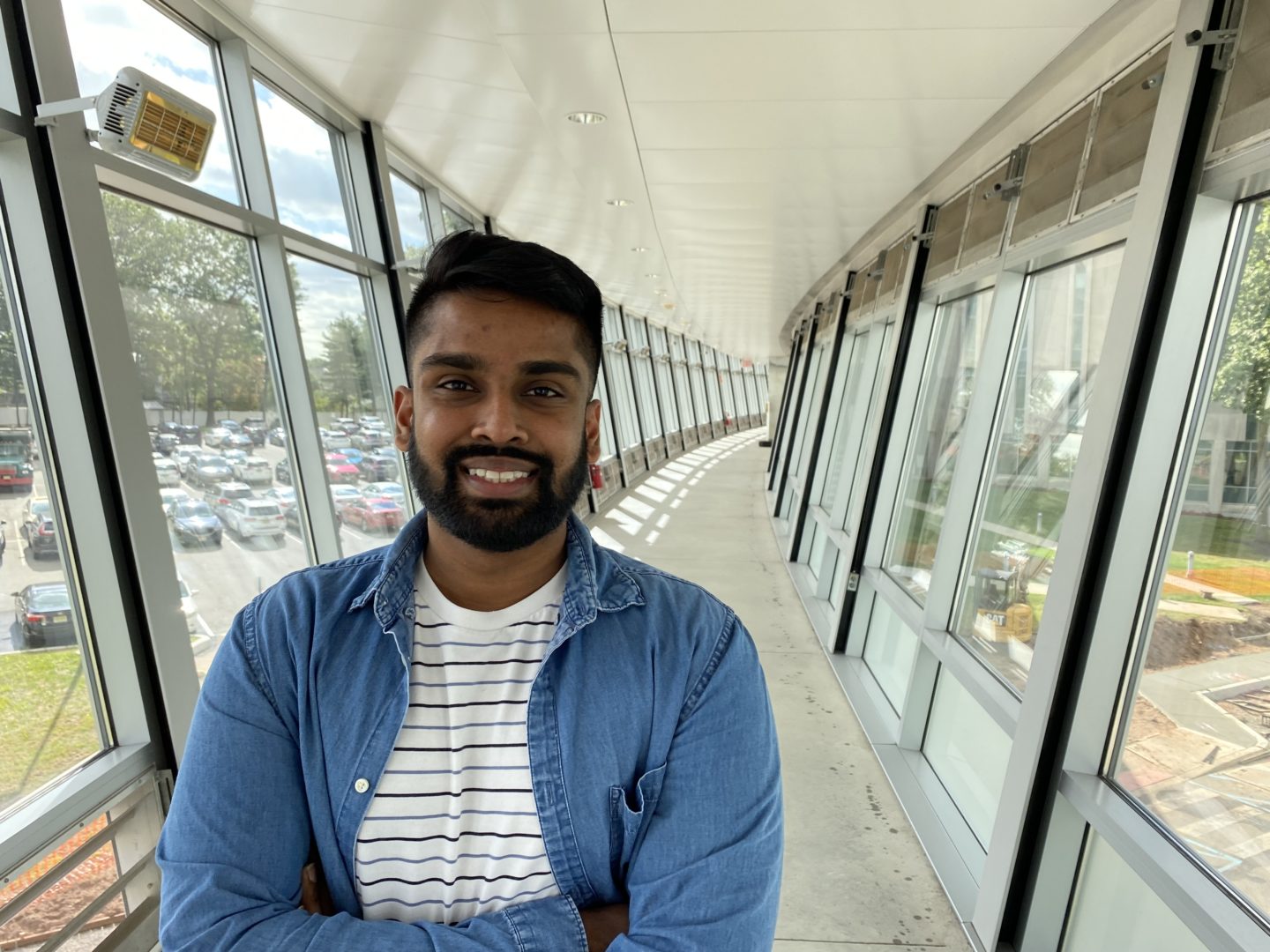 Hackensack Meridian School of Medicine’s first class of students began their training in 2018. At right about the same time, the Center for Discovery (CDI) arrived on campus with its first scientists and began establishing laboratories for a wide range of research. Ever since, the two institutions have become an academic and scientific hub for Hackensack Meridian Health on the former site of the world headquarters of pharmaceutical giant Hoffmann-LaRoche.

Anurag Maganti, part of the School’s 2019 cohort, is a student who has been working full-time at the CDI in pursuit of scientific answers. Maganti’s work shows the possibilities of the collaborations that can result from having brilliant, inquiring minds in the same location, working together.

Maganti was one of just 26 medical students across the country to receive the American Society of Hematology (ASH)’s 2021 Hematology Opportunities for the Next Generation of Research Scientists (HONORS) Award.

Maganti has blazed a new trail working in the lab of Jason Butler, Ph.D., the director of Stem Cell Therapeutics at the CDI.  Consumed by curiosity and excitement resulting from his work,  he has taken some time off, a “sabbatical,” of sorts, to devote all his energies toward scientific discovery.

He said he’d have no other way, even though it delays his medical degree by a year or so.

“After the research started to ramp up, I know I couldn’t do rotations,” said Maganti. “I will get back to rotations early next year. But I hope to have most of the work wrapped up at that point.”

“We are so fortunate to have minds like Anurag’s working toward a better future,” said Bonita Stanton, M.D., founding dean of the Hackensack Meridian School of Medicine. “His work shows that the partnership between the Medical School and the CDI is paying dividends.”

Maganti’s work focuses on how exosomes – extracellular vesicles – interact with the blood system, and particularly endothelial cells, in bone marrow. This project is a further extension of the endothelial cells work of Butler, which aims to explore aging and hematopoiesis, or the creation of blood cells. It is a line of research which has been pioneered by Butler and his team since a 2017 publication in the Journal of Clinical Investigation.

But Maganti did not just jump into an existing project. He helped conceive the idea and then led the execution of the project by finding a way to reliably harvest the exosomes, and develop experimental methods for testing in cell culture and animal models.

“It’s a brand-new project; he’s in it from the ground floor,” said Michael Poulos, Ph.D., an assistant member of the CDI, who works closely with Maganti. “Anu spearheaded this project, developing the tools and moving the work forward.”

Thus far, the work is exploring whether those exosomes can unveil the intercellular dynamic within the bone marrow – and potentially create huge breakthroughs in cancer and other diseases. It is a question that has yet to be fully answered.

Maganti said the award is validation that his commitment to science is already paying off. He feels that it will make him a better doctor in the long run.

Maganti was born in India but moved to the United States at age 2 and grew up in Woodbridge. He was always fascinated with science, he said – though his original aspiration was to be an engineer.

“I was the kid building rockets at home,” he said.

The direction of his education changed in two big ways, however. An Advanced Placement Biology class in high school fascinated him. And while pursuing his degree in Cell Biology and Neuroscience at Rutgers University, he made a big contribution to a long-running project of his mentor. It resulted in his first publication: a co-author credit on a 2018 paper in no less than the journal Nature.

“I developed my first research skills there – learning how to run a gel, plan and test hypotheses, skills like that,” he said. “I was really fortunate to be in the right place, at the right time.”

Maganti said he plans to do advanced training through a Fellowship in hematology once he finishes his M.D. degree and residency training. But part of the hard lab work he is doing prior to completing his training will enable him to be well on his way to not only making patients better, but also finding new ways to make patients better through the biotech industry.

“I want to be up and running after residency,” he said.

Any free time Maganti has aside from the science and his studies, is spent exercising or visiting New York City. He is an avid fan of comedy shows. He is also developing a knack for investing in the stock market.

But he is looking forward to jumping back into pursuing his medical degree full-time in 2022, he said.

“What I really appreciate about this school is that you can get the science anywhere – but here we’re focusing on clinical skills from the first day,” said Maganti. “I went from being nervous, to developing my bedside skills fast with standardized patients, and the Human Dimension. My friends at other medical schools haven’t gotten that kind of experience.”