Dr. Sol J. Barer, Ph.D. was named Chairman of the Board of Directors for the new Hackensack Meridian Health Center for Discovery and Innovation in June 2018.  Dr. Barer currently serves as Chairman of the Board of Directors of Teva Pharmaceuticals. He is Managing Partner at SJ Barer Consulting and serves as an advisor to the Israel Biotech Fund. From 1987 to 2011, he served in top leadership roles at Celgene Corporation, including as Executive Chairman from 2010 to 2011, Chairman and CEO from 2007 to 2010, CEO from 2006 to 2010, President and Chief Operating Officer from 1994 to 2006 and President from 1993 to 1994. Prior to that, he was a founder of the biotechnology group at the chemical company Celanese Corporation, which was later spun off as Celgene. Dr. Barer serves on the board of directors of Contrafect as lead director. He previously served on the board of Aegerion Pharmaceuticals from 2011 to 2016, on the board of Amicus Therapeutics from 2009 to February 2017 and as Chairman of the Board of InspireMD from 2011 to June 2017. Dr. Barer is Chairman of the Board of Edge Therapeutics , Aevi Genomics (formerly Medgenics) and Centrexion Therapeutics. 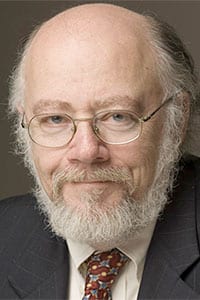 Ms. Rosemary A. Crane serves as an Independent Director of Catalent, Inc. since February 16, 2018. Ms. Crane has served as Vice Chairman of the Board of Zealand Pharma A/S since 2015 and as a director of Unilife Corporation since October 2016. Ms. Crane is a member of the Board of Directors of each of Edge Therapeutics, Inc., Teva Pharmaceutical Industries Limited since September 2015, and has previously served as a Director of Cipher Pharmaceuticals, MELA Sciences, Inc., Epocrates Inc., and Targanta Therapeutics. She has substantial experience in commercialization and business operations in the pharmaceutical and biotechnology industries, substantial experience serving on the boards of directors of healthcare companies and has experience reviewing and analyzing complex public company financial statements. Ms. Crane retired in 2014 from MELA Sciences, Inc., where she served as President and Chief Executive Officer beginning in 2013. From 2011 to 2013, she was a Partner and Head of Commercialization at Appletree Partners and, from 2008 to 2011, served as Chief Executive Officer and President of Epocrates Inc. From 2002 to 2008, Ms. Crane served in several senior executive positions at the Johnson & Johnson Group of Companies, ending as Company Group Chairman, OTC and Nutritional Group from 2006 to 2008, as Group Chairman, Consumer, Specialty Pharmaceuticals and Nutritionals from 2004 to 2006, and as Executive Vice President of Global Marketing for the Pharmaceutical Group from 2002 to 2004. From 1982 to 2002, she was at Bristol-Myers Squibb Company, ending her tenure there as President, U.S. Primary Care from 2000 to 2002, and as President of Global Marketing and Consumer Products from 1998 to 2000. Ms. Crane received her M.B.A. from Kent State University and her B.A. in Communications and English from the State University of New York at Oswego. 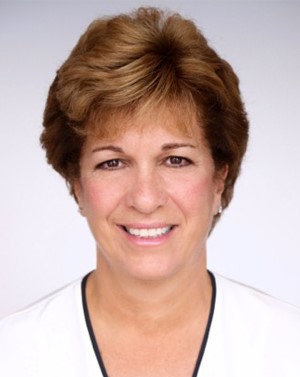 Garry A. Neil, M.D. serves as the Chief Scientific Officer of Aevi Genomic Medicine, a publicly held biotechnology company focused on translating genetic discoveries into novel therapies to improve the lives of children and adults with pediatric-onset life-altering diseases, since September 2013. Prior to joining Aevi Genomic Medicine, Dr. Neil was a Partner at Apple Tree Partners, a life science private equity firm, from September 2012 to September 2013, and held a number of senior positions in the pharmaceutical industry, including most recently Corporate VP of Science & Technology at Johnson & Johnson from November 2007 to August 2012. Prior to that, Dr. Neil served as Group President at Johnson & Johnson Pharmaceutical Research and Development, VP of R&D at Merck KGaA/EMD Pharmaceuticals, VP of Clinical Research at AstraZeneca and Astra Merck. Dr. Neil holds a B.S. from the University of Saskatchewan and an M.D. from the University of Saskatchewan College of Medicine. He completed postdoctoral clinical training in internal medicine and gastroenterology at the University of Toronto. Dr. Neil also completed a postdoctoral research fellowship at the Research Institute of Scripps Clinic. He serves on the board of GTx, Inc., a publicly traded biopharmaceutical company focused on cancer and other serious medical conditions. He is the Founding Chairman of TransCelerate Biopharma, Inc., a non-profit pharmaceuticals industry R&D consortium, and remains on its board. He also serves on the board of Reagan Udall Foundation and previously served on the board of Foundation for the National Institutes of Health (NIH) and on the Science Management Review Board of the NIH. He is past Chairman of the Pharmaceutical Research and Manufacturers Association (PhRMA) Science and Regulatory Executive Committee and the PhRMA Foundation Board. 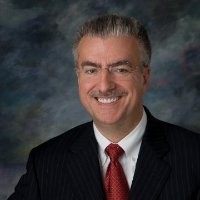 Harlan F. Weisman, M.D. has 30 years’ experience as a senior healthcare executive responsible for the discovery, development, regulatory approval and launch of pharmaceutical, biopharmaceutical, medical device and diagnostic products.  He is currently Managing Director of And-One Consulting, LLC, advising medical product companies, investment firms, and government and non-government healthcare organizations in formulating and implementing strategies for driving innovation in healthcare products and services. Dr. Weisman is executive chairman of 3DBio Therapeutics and Founder and Chief Scientific officer of Mycrobiomics. He is also on the Board of Directors of ControlRad, Inc. and Hutchison Biofilm Medical Systems. Dr. Weisman is a Senior Advisor to CRG, a Venture Advisor to the Israel Biotech Fund and Chairman of the Scientific and Clinical Advisory Board for Evernear, Limited. He is on advisory committees to the Johns Hopkins University Institute for Basic Biomedical Sciences, Memorial Sloan Kettering Cancer Center, TEVA Pharmaceutical Industries and BioMotiv, a medical product accelerator company. From 2010 to 2016 Dr. Weisman served on the Board of Governors of the Patient Centered Outcomes Research Institute (PCORI). Dr. Weisman was Chairman and CEO of Coronado Biosciences, Inc., a biopharmaceutical company developing novel immunotherapies for autoimmune diseases and cancer. Prior to Coronado, he was a senior executive at Johnson & Johnson for over 20 years. Dr. Weisman was the Chief Science and Technology Officer of the J&J Medical Devices and Diagnostics Group from 2006-2012. He served on the Board of Directors of J&J Development Corporation (JJDC) and as Chairman of the J&J Worldwide R&D Council. Preceding these roles, he was Company Group Chairman, J&J Pharmaceutical Research & Development, where he had executive oversight of the ALZA Corporation, Johnson and Johnson Pharmaceutical Research and Development (J&JPRD) and TransForm Pharmaceuticals, Inc. Dr. Weisman’s previous positions at J&J included President of J&JPRD and President of Centocor R&D, another member of the J&J family of companies. 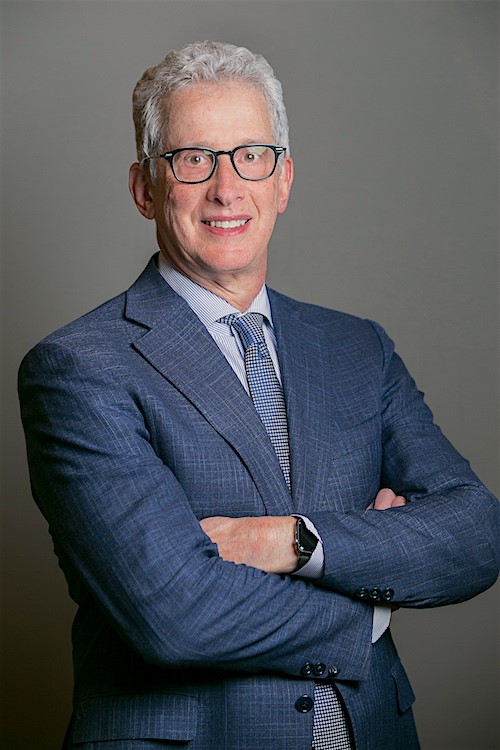 Roger D. Kornberg, Ph.D. serves as the Winzer Professor of Medicine in the Department of Structural Biology at Stanford University.  He is a Member of the U.S. National Academy of Sciences, an honorary member of other academies and professional societies in the United States, Europe and Japan and a fellow of the American Academy of Arts and Sciences. Professor Kornberg is a renowned biochemist and in 2006 he was awarded the Nobel Prize in Chemistry in recognition for his studies of the molecular basis of eukaryotic transcription, the process by which DNA is copied to RNA.  Professor Kornberg is also the recipient of several awards, including the 2001 Welch Prize, the highest award granted in the field of chemistry in the United States, and the 2002 Leopold Mayer Prize, the highest award granted in the field of biomedical sciences from the French Academy of Sciences.  He holds honorary degrees from universities in Europe and Israel, including the Hebrew University in Jerusalem, where he currently is a visiting professor.   He Co-Founded Cocrystal Pharma, Inc. in 2008 and has been its Chief Scientist since 2014. He has been Chairman of the Scientific Advisory Board at ChromaDex Corporation since 2014. Dr. Kornberg serves as the Head of Scientific Advisory Board at Oplon Ltd. He has been a Director of Xenetic Biosciences, Inc. since 2016. He has been a Director of Gamida Cell Ltd. since 2017 and has been a Director at OphthaliX Inc. since 2012. He has served as a Member of Scientific Advisory Board at Pacific Biosciences, Inc., StemRad, Ltd, Opko Health, Inc., Protalix BioTherapeutics, Epiphany Biosciences, Inc, SuperGen Inc. (now Astex Pharmaceuticals, Inc), BioCancell Ltd., MDRNA, Inc. (now MDRNA Research, Inc), Aposense Ltd., and Marina Biotech, Inc. He served as an Independent Director of Protalix BioTherapeutics, Inc. and as a Director of Can-Fite BioPharma Ltd, as well as a Director of Teva Pharmaceutical Industries. 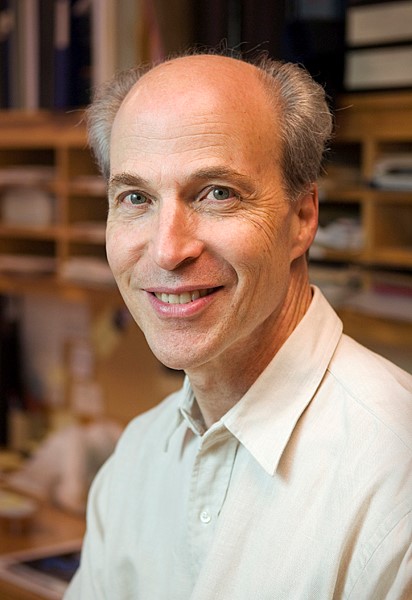 Jay Galeota has been the President and Chief Operating Officer at G & W Laboratories, Inc. since 2016. Mr. Galeota is an experienced Global Business Leader with a track record of industry innovation and commercial success. Prior to joining G&W Laboratories, he spent 28 years at Merck, where he served in many diverse positions across commercial operations, business development, strategy and innovation, both globally and in the U.S. He served as the Chief Strategy & Business Development Officer and President, Emerging Businesses at Merck. He served as the President of Hospital & Specialty Care, which represented more than $10 billion in worldwide revenues for the company. He served as Senior Vice President of Global Human Health Strategy and Business Development, where he helped establish Merck’s Global Health Innovation Fund and the Innovative Venture Group to incubate businesses that broadened its portfolio and established leadership in key therapeutic areas and markets. He was instrumental in bringing Merck into diabetes and led the team that developed and launched Merck’s top grossing products, Januvia and Janumet. After the merger of Merck and Schering-Plough in 2009, he led the integration of the global pharmaceutical and vaccine businesses. He started his career in Merck’s commercial organization, where he held various U.S. and global leadership positions and led numerous brands and key product launches across a variety of therapeutic areas. He has been a Director of Melinta Therapeutics, Inc. since 2017. 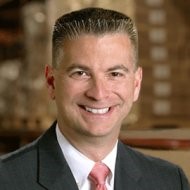