Erika Shor, Ph.D., is an Assistant Member at the Center for Discovery and Innovation.

The research in the Shor lab aims to decipher how fungal pathogens respond to, tolerate, and evolve resistance to physiologically relevant stresses, such as antifungal drugs and host immunity. Most of this work focuses on Candida glabrata, an opportunistic fungal pathogen that is normally a harmless component of the human microbiome but can cause life-threatening infections in immunocompromised individuals. The incidence of C. glabrata infections has been rising for several decades, and in many parts of the world, including the United States and Europe, it is now the second most prevalent cause of bloodstream fungal infections after C. albicans. C. glabrata is also one of the few fungal pathogens that show appreciable levels or resistance to multiple classes of antifungal drugs, including echinocandins, which are the newest class of antifungals introduced into the clinic. Most alarmingly, multi-drug resistant C. glabrata infections are being increasingly identified, and such infections are extremely difficult to treat, with high rates of treatment failure and patient mortality.

While mechanisms of resistance to different antifungals – e.g. via mutation of the drug target or a transcription factor regulating drug efflux pumps – are fairly well understood, it is not clear why C. glabrata has a higher propensity to develop such mutations. It has also been documented that C. glabrata clinical isolates display high genetic variability, both in terms of single nucleotide polymorphisms and large chromosomal rearrangements. The work in the lab is driven by the premise that C. glabrata is able to generate and tolerate high levels of genetic change, which leads to both high genetic variability and formation of drug resistant mutants. Indeed, our recent studies have shown that the DNA damage checkpoint is attenuated in C. glabrata compared to its close relative, baker’s yeast Saccharomyces cerevisiae, thus revealing one mechanism by which this fungus modulates its genome stability. 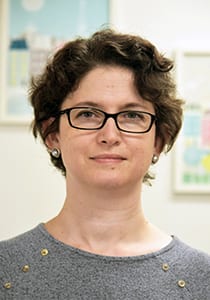